I was recently interviewed by ABC Radio as part of the Chinese New Year celebrations. Here’s an excerpt from the interview:

While the names of the stores have changed, all four grand buildings — three of them with art deco features — still stand today.

“A lot of historic architecture from colonial times and the art deco period has been destroyed,” author Peter Hack said. 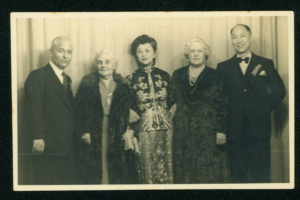 Email: Send me an email